Every month a women goes through a series of changes that serve to prepare her for a possible pregnancy. She goes through a series of peaks and valleys in a 28 day cycle where her hormone levels are fluctuating. This is called a menstrual cycle. It is a natural physiological phenomenon. For some it can be like a “Monster” with physical and emotional pain. If these symptoms occur just prior to the onset of menstruation then she has pre-menstrual syndrome (PMS).

It is estimated that up to 90% of young women will experience some form of pain and other symptoms related to the menstrual cycle. Another 75% will suffer from various degrees of PMS during their lifetime. This is a considerable amount of suffering.

There are certainly many over-the-counter medications that can help relieve the pain. A chiropractor would rather you end the pain more naturally and without the side effects associated with frequent use of medications. Chiropractors evaluate primarily the pelvic region and associated structures for function. They then perform the necessary corrections that in turn reduce and relieve the pain.

In the Journal of Manipulative Chiropractic it was revealed that using a specific chiropractic technique referred to as the drop-table assisted adjustment can offer female patients more comfort. Clinicians assessed and treated 13 patients who reported ongoing symptoms related to their menstrual cycle (average of 12 years). Over two menstrual cycles, subjects received three treatments per cycle, specifically adjusting spinal restrictions in the lumbosacral spine and pelvis. Most patients responded favorably to the treatment, with notable reductions in back pain and even abdominal pain.( Stude, D.E. The management of symptoms associated with premenstrual syndrome. JMPT, 1991, 14, pp.209-216).

Finally the spine protects the nervous system that controls the reproductive system (hormones) which is vital for optimal function. If there is dysfunction which can cause interference of the nervous system, this may impact the function of the organs. Chiropractors remove nerve interference which restores the optimal function of the reproductive system. 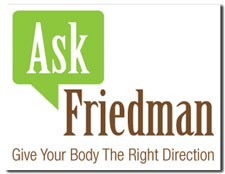 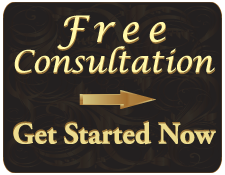